Pandemics and Violence against Women and girls

In challenging times such as we are currently confronted with, the welfare of women and girls should not be treated with levity especially pregnant women and groups that were beforehand vulnerable. Available data and research from previous pandemics revealed that women and men are affected differently and the toll on pregnant women are more drastic as their condition already subjects them to hormonal imbalance making them vulnerable to spontaneous abortions, high blood pressure, morbidity and mortality.
Pandemics are notable for having economic, psychological, social and physical effects on the populace it hits on, under normal living conditions, and constitutes even greater negative impact on those who were hitherto vulnerable such as women condoning abusive partners, women and girls in internally displaced camps, those on the streets, orphans, those in baby factories, those from impoverished financial backgrounds, those in conflict communities and communities where atrocities are perpetrated without any significant intervention from law enforcement agents amongst others; in simple terms, there are increased incidences of VAWG during pandemics. In whatever case, they are target objects for all sorts of abuses that are spurred from the effects of the pandemic including panic, fear, anger, pressure, frustration, depression and various emotions that may arise.

Currently, the Corona Virus has resulted in lockdown as a means of containing the risk of spreading. The realities these holds for women are numerous and negative; Women and children living with partners with abuse tendencies and those suffering domestic violence, whose jobs have been their escape route will now condone all the abuses; pregnant women in baby factories will either be starved, repeatedly raped or both, and even sent out to the streets, those at charity homes or hospitals may suffer a miscarriage, the aged and those living with a disability may die of hunger if there’s no one to help them, those whose conditions are seemingly good will have an increased burden of child/family care especially in the event of illness, thereby exposing them to the risk of ailment arising from stress or contracting the disease if it is infectious. In a nutshell, every single woman and girl is vulnerable now, everyone has their share in this ordeal and the stakes are high because the existing system of the society does not treat women’s issues with such urgency as required and therefore indirectly encourages patriarchy and violence against women and girls.
We know that pandemics meet most nations unprepared and spread so fast in which case the government has to take drastic decisions to protect her citizens. Such measures of lockdowns and curfews as are currently obtainable in all states of the federation, of which its end time is not known and as days go by, the situation moves from thriving to striving. As it worsens, it gradually results in Violence against women and girls within homes and places of shelter. Women and girls become objects of battery, sexual molestation, spousal rape, child sexual abuse, neglect, verbal abuses et al. There are several root causes of VAWG but given our present situation, there are two dominant root causes traceable; patriarchy and impoverishment. Women and girls whose rights are at this time being violated or will be within this lockdown can be traced to the feeling of superiority by the perpetrator or as a result of emotions that arise from frustration, starvation and impoverishment.
Having brought this to the limelight, we want you to know that your safety is our priority especially at this time and we are putting measures to ensure that perpetrators do not leverage on the pandemic to violate the rights of women and girls. We appeal to men to respect and protect their wives and children. Likewise, we encourage all women and girls to stay safe and be alert and on guard as perpetrators lurk in wait for the slightest opportunity to abuse children especially girls. In some cases, husbands and fathers are the perpetrators, so we call on you to promptly report any case of violence against you or any woman or girl around you to any of the following persons; Dr Blessing Azibuike, Director of Women Affairs, Ministry of Gender and Vulnerable groups on 08033266707, Mrs Ukah Ukachi, State Coordinator, National Human Rights Commission, Imo state, on 08039494207/07010633336 or Chinomso Okechukwu, The Focal Person, Nigerian Feminist Forum on 08032406596. Please do not wait until casualties are recorded before you do so, stay safe but do not condone violence. 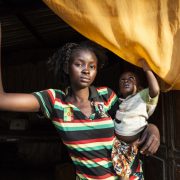 SEXUAL EXPLOITATION AND ABUSE(SEA) DURING THE COVID-19 PANDEMIC 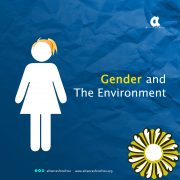 GENDER (WOMEN) AND THE ENVIRONMENT 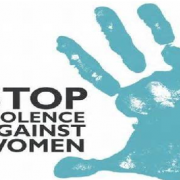